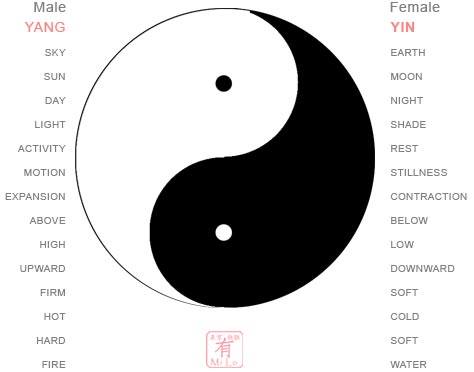 The Yin Yang (Tai Ji) symbol is based on universal energy, ancient Chinese believed that everything in the universe was produced by changes, which resulted from the balancing of Yin (- -) and Yang (+ +).

The Yin Yang (Tai Ji) symbol is the traditional image of Feng Shui.

The white area is Yang (male) and the black area is the Yin or Ying (female).

YIN and YANG are continually in the state of flux and always looking for Balance, Yin and yang have a complementary relationship. There is always a little Yin in Yang and a little Yang in Yin.