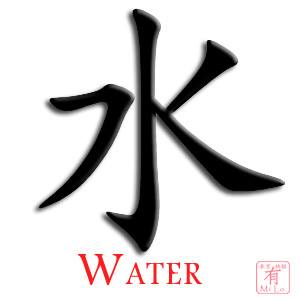 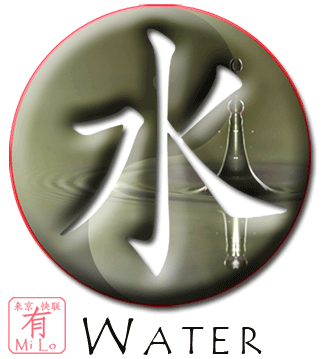 In the Natal Star Charts the Water/Facing position is top right as per diagram. “Water Star” Each sector will end up having a Mountain Star and a Water Star. In the original Luo Shu Square, 1North contains the element water and is directly opposed by 9 South element Fire.

Water element is the most yin in character of the Five elements.
Water element motion is downward and inward and its energy is stillness and conserving.
Water energy is good for enhancing career and for improving communication.
Water is the element of the trigram Kan.

Water is polar. Water molecules are polar, with partial positive charges on the hydrogens, a partial negative charge on the oxygen.

Water is an excellent solvent. Water has the unique ability to dissolve many polar and ionic substances. This is important to all living things because, as water travels through the water cycle, it takes many valuable nutrients along with it!

Water has high heat capacity. It takes a lot of energy to raise the temperature of a certain amount of water by a degree, so water helps with regulating temperature in the environment. For example, this property allows the temperature of water in a pond to stay relatively constant from day to night, regardless of the changing atmospheric temperature. 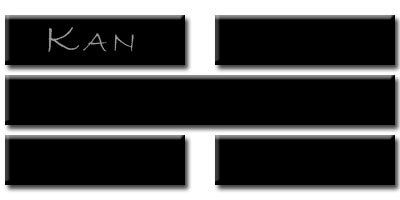 Boiling Point and Freezing Point
H2O (WATER!) we all know that the boiling point of water is 100°C, despite its small molecular weight, water has an incredibly big boiling point. This is because water requires more energy to break its hydrogen bonds before it can then begin to boil. The same concept is applied to freezing point as well. The boiling and freezing points of water enable the molecules to be very slow to boil or freeze, this is important to the ecosystems living in water. If water was very easy to freeze or boil, drastic changes in the environment and so in oceans or lakes would cause most of the organisms living in water to die. This is also why sweat is able to cool our bodies. 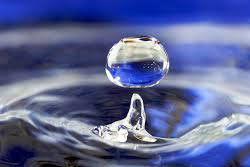 Water is a transparent, tasteless, odorless, and nearly colorless chemical substance that is the main constituent of Earth’s streams, lakes, and oceans, and the fluids of most living organisms. Its chemical formula is H2O, meaning that each of its molecules contains one oxygen and two hydrogen atoms that are connected by covalent bonds. Strictly speaking, water refers to the liquid state of a substance that prevails at standard ambient temperature and pressure; but it often refers also to its solid state (ice) or its gaseous state (steam or water vapor). It also occurs in nature as snow, glaciers, ice packs and icebergs, clouds, fog, dew, aquifers, and atmospheric humidity.

Water covers 71% of the Earth’s surface. It is vital for all known forms of life. On Earth, 96.5% of the planet’s crust water is found in seas and oceans, 1.7% in groundwater, 1.7% in glaciers and the ice caps of Antarctica and Greenland, a small fraction in other large water bodies, 0.001% in the air as vapor, clouds (formed of ice and liquid water suspended in air), and precipitation. Only 2.5% of this water is freshwater, and 98.8% of that water is in ice (excepting ice in clouds) and groundwater. Less than 0.3% of all freshwater is in rivers, lakes, and the atmosphere, and an even smaller amount of the Earth’s freshwater (0.003%) is contained within biological bodies and manufactured products. A greater quantity of water is found in the earth’s interior.