Each Star is either inherently Good/Favorable or Bad/Unfavorable, in Feng Shui no star is forever good or bad.

I have set out each Period number below, and breakdown of each Period number including other properties. The supporting stars and dead stars are also highlighted for each period. Each period star has other traits like direction, element, colour, family member and trigram. With the exception of period 5 who has no direction (center) or a trigram associated with it, the 5 star is cameleon like.
When it comes to analysing a natal chart, knowing if a star is Favorable or Unfavorable; is a massive advantage. 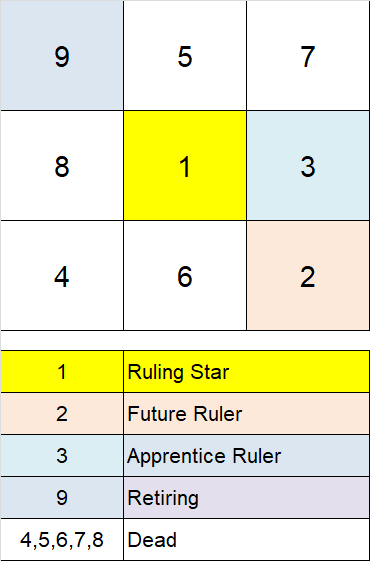 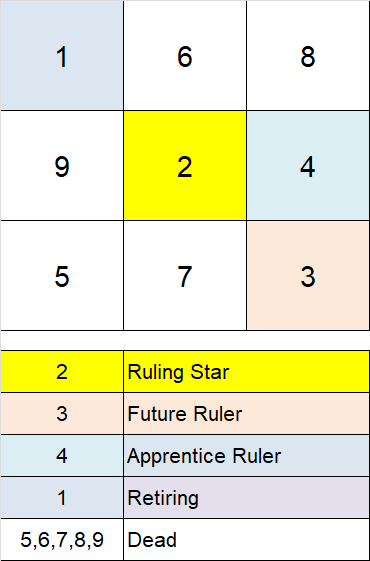 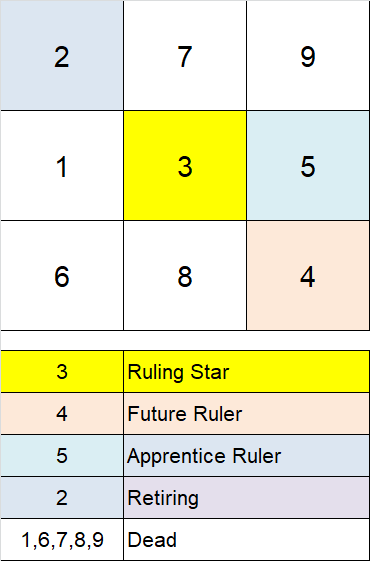 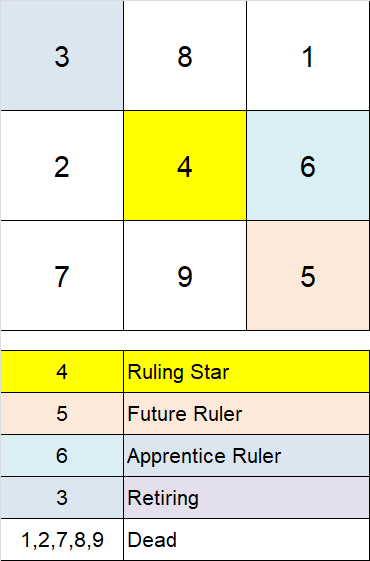 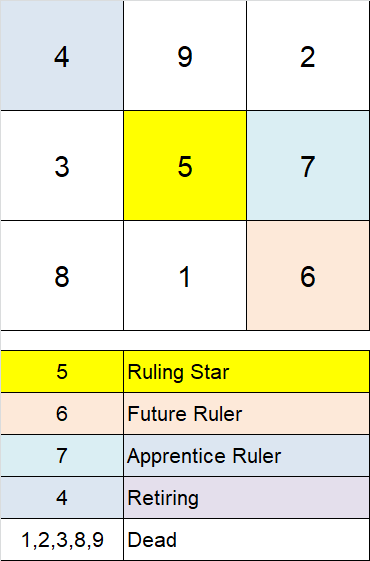 5-Yellow last reigned as period star in 1944-1963, inherently Bad star.
Subs: none : none : none
Direction: None (Central Palace)
Family: None 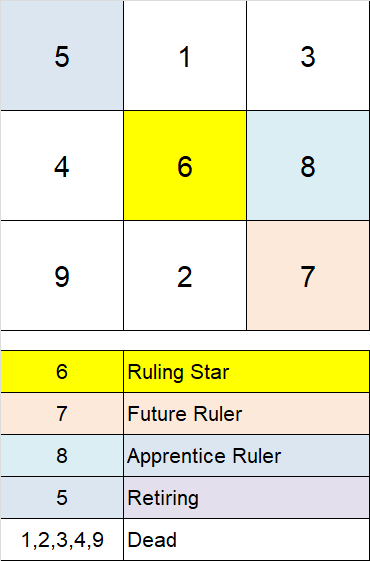 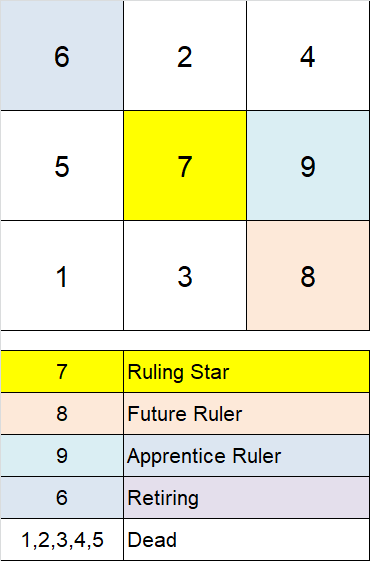 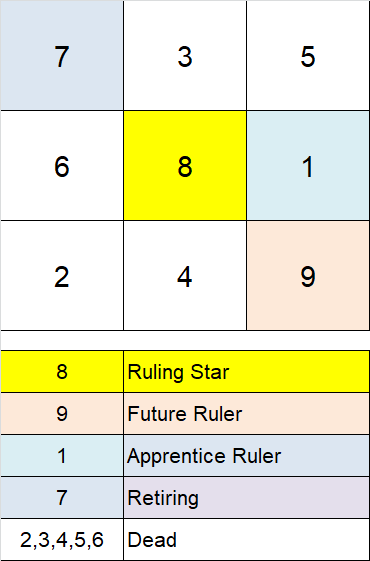 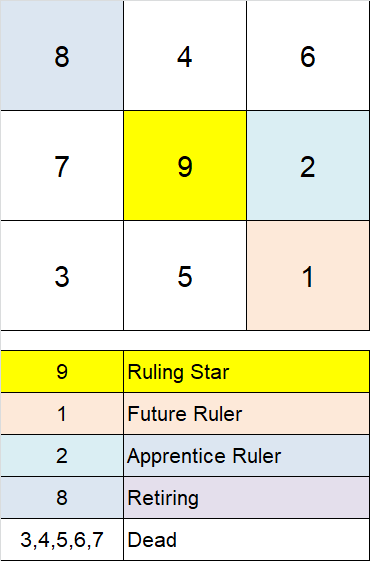