Outliers in statistics is an observation point that is distant from other observations. 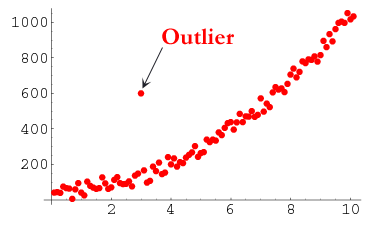 In statistics, an outlier is an observation point that is distant from other observations. An outlier may be due to variability in the measurement or it may indicate experimental error; they are sometimes excluded from the data set because can cause serious problems in statistical analyses (Mess up the Data).

Companies that are “outliers” when it comes to Feng Shui, like The Body Shop, British Airways, Hyatt Hotels, Merrill Lynch, Motorola and Universal Studios are just some of the companies said to have incorporated the practice into design. 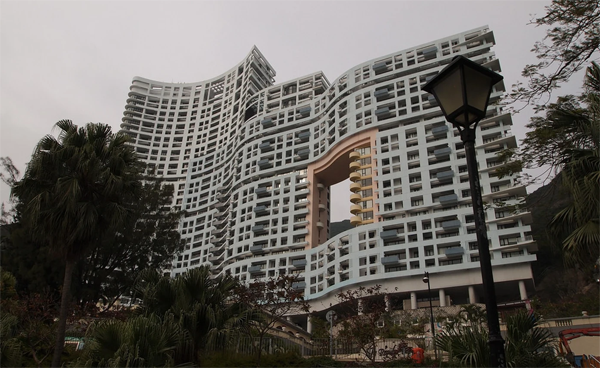 Hong Kong’s environment has naturally good feng shui, thanks to the presence of mountains and water. It’s believed that dragons — symbols of strength, nobility, good luck, and create positive energy as they travel from their mountainous homes, a movement that can be felt when the wind blows toward the coast. However, blocking the dragons’ path with skyscrapers gives rise to bad qi. To remedy this, many Hong Kong buildings feature holes called “dragon gates,” which invite the dragons pass through unimpeded. One of the most visually striking examples is The Repulse Bay, a residential and commercial complex on the southern coast of Hong Kong Island.

The landmark HSBC building was built after extensive consultation with feng shui masters, and considered to have excellent feng shui. No ground floor the building has a high, hollow atrium that invites wind and positive Chi (energy) inside. The escalators in the atrium are placed at an angle to the entrance. In addition, a pair of large bronze lions guards the entrance, symbolising wealth and prosperity. When the nearby Bank of China Tower was completed, two cannon-like structures were mounted on the roof of the HSBC Building. These are said to protect the HSBC Building from the Bank of China Tower’s bad feng shui (see below), deflecting any evil energy right back at the rival bank. 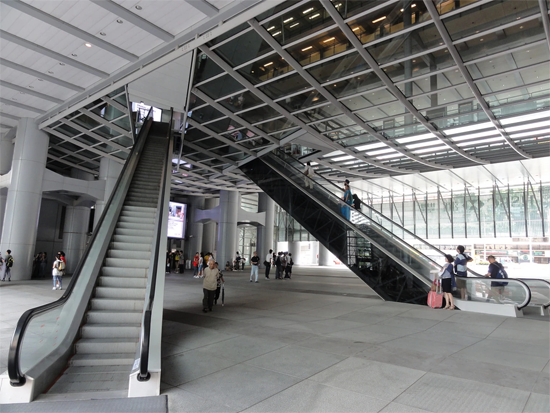 In Human Terms Outliers would be Success or Failures

In human terms what is an Outlier, in simple terms it is not normal/average either above or below; but never the norm. still not sure ! take a look at the sample “People who were Outliers” below.

This section covers the outliers, items which haven’t been covered in the main/normal/average section. Outlier items like Trigrams, Luo Shu, He Tu and any other sections which are not covered under the main body of the website.If there is something you feel I haven’t covered, please let me know and i will try include it.

People who were Outliers:

Cornelius Vanderbilt (May 27, 1794 – 1877) Vanderbilt amassed his fortune through his dominance of railroads and shipping. He built and controlled many of the most significant railroads in America, such as the New York railroad and the Grand Central Terminal.

Andrew Carnegie (1835 – 1919) Born in Scotland, Carnegie moved to America where he became very wealthy through dominating the US steel industry. After selling his steel corporation in 1901, he gave away $350 million in the last 18 years of his life.

John Pierpont “J. P.” Morgan (1837 – 1913) J.P.Morgan built a financial empire based on banking, and investment. He arranged the biggest mergers of his day. Morgan was a key player in the formation of great corporations such as General Electric 1892 and the US steel corporation. On his death, he left$68.3 million ($1.39 billion adjusted for inflation)

John D. Rockefeller (1839 – 1937) Rockefeller founded Standard Oil in 1870; the firm soon gained monopoly power over the production and distribution of oil. It was estimated Rockefeller controlled 90% of US oil. He was America’s first billionaire and widely regarded as the richest man of the modern world. His fortune peaked in 1913 at $336 billion. (inflation-adjusted for 2007)

Bill Gates (1955 – ) American businessman, founder of Microsoft. According to Forbes, he was the richest man in the world from 1995 to 2007. His net worth in 2012 is estimated at $76.8 billion. He has recently focused on philanthropy – giving away a large portion of his personal fortune through the Gates Foundation.

Larry Page (1973 – ) / Sergey Brin (1973 – ) Co-founder of Google. Google has displayed one of the most dramatic growth of any business. From humble beginnings, Google is now an international giant dominating internet search.

Steve Jobs (1955 – 2012) Key figure in Apple computers. Credited with turning around Apple, and overseeing the development of iPod, iPad and iMac revolution, which saw Apple become one of most successful companies.

Richard Branson (1950 – ) Founder of Virgin. Richard Branson set up his business from a small record shop and has since successfully expanded into a variety of industries, such as trains, air flights and personal finance.

Walt Disney (1901 – 1966) American film producer. Disney developed cartoon characters, such as Mickey Mouse and founded the popular Disney theme parks. Disney productions are one of biggest film producers in the US.

George Washington (1732–1799) Despite inferior armies, successfully served as Commander in Chief of American forces during the War of Independence. Also elected the first President of the United States, serving for eight years (1789-1797).

Abraham Lincoln (1809-1865) Lincoln led the Union forces to final victory during the American civil war. Lincoln was also successful in achieving his goal of abolishing slavery in the US.

Emmeline Pankhurst (1858–1928) A British suffragette, Emily Pankhurst dedicated her life to getting women the vote. This was achieved partially in 1919 and full voting equality in 1928.

Emily Murphy (1868–1933) The first woman magistrate in the British Empire. In 1927 she joined forces with four other Canadian women who sought to challenge an old Canadian law that said, “women should not be counted as persons.”

Nelson Mandela (1918 – 2013) Leader of ANC and the anti-apartheid movement. After spending over 20 years in prison, Mandela succeeded in becoming the first democratically elected leader of a free South Africa.

Martin Luther King (1929 – 1968) – King was a pivotal figure in the non-violent civil rights movement. His efforts to end segregation and bring about the integration of society were successful with the passing of civil rights legislation towards the end of the 1960s. 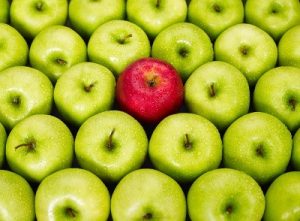 Bono (1960 – ) Irish musician and humanitarian. Bono is the lead singer of U2, one of the most successful modern rock groups of all time. He has become an influential figurehead for global charity and humanitarian efforts to improve aid to the developing world. He is an influential supporter of efforts, such as Project Red and the ONE campaign.

Michael Collins (1890-1922) Irish revolutionary leader. Collins took part in the Easter Rising of 1916, and the later war of independence. Collins was killed during the Irish civil war when he was killed by members of the IRA who felt he had sold out on a deal with the British.

Bob Geldof (1951 – ) Born in Dún Laoghaire, Ireland, Geldof rose to fame for his role as lead singer in the ‘Boomtown Rats.’ Hit singles include ‘I don’t like Mondays.’ In the 1980s, Geldof was the principal organiser of Band-AidAid’ an effort to provide a response to the famine in Africa. He has become a leading political activist and fund-raiser for Africa.

Mary Robinson (1944 – ) The seventh and first female President of the Irish Republic (1990-97). Robinson brought a higher profile to the post. During her tenure, she oversaw a period of growth and social change. Mary Robinson also served as United Nations High Commissioner for Human Rights 1997-2002.

Oscar Wilde (1854 – 1900) – Irish writer and poet. Born in Dublin, Wilde studied at Oxford University and became a leading wit and literary figure of London Society before his trial for libel and sodomy. He wrote satirical plays, such as ‘The Importance of Being Earnest’ and ‘The Picture of Dorian Grey‘.

George Bernard Shaw (1856 – 1950) Irish playwright and wit. Famous works include Pygmalion (1912), Man and Superman (1903) and Back to Methuselah (1921). George Bernard Shaw was also the co-founder of the London School of Economics. He was an ardent socialist and pacifist.

Ernest Shackleton (1874 – 1922) Anglo-Irish polar explorer. Born in County Kildare, Ireland. Shackleton was a principal figure in the heroic age of exploration. In 1914, Shackleton led a team in an ambitious Trans-Antarctic expedition. Although it ended in failure.

Eamon de Valera (1882 – 1975) Irish political leader. He was a key figure in the struggle for independence 1916-23. He opposed Michael Collins in the Irish civil war of 1922-23 but went on to form a new political party Fianna Fail, which sought to achieve power and reform through constitutional means. De Valera served as Taoiseach from 1937-48.

James Joyce (1882 – 1941) Irish writer from Dublin. Joyce was one of most influential modernist avant-garde writers of the Twentieth Century. His novel Ulysses (1922), was ground-breaking for its stream of consciousness style, which had a marked influence on other modern writers. Other works include Dubliners (1914) and Finnegans Wake (1939).

C.S. Lewis ( 1898 – 1963) Irish / British author. Lewis was born in Belfast, Ireland in 1898. He later moved to England, where he became a best-selling author for his The Chronicles of Narnia – a children’s fantasy series. Also well known as a Christian apologist.

Peter O’Toole (1932-2013) Born in either County Galway or Leeds, O’Toole was one of the most famous actors of his generation. Iconic roles included Lawrence of Arabia (1962) Becket (1964) and Goodbye, Mr. Chips (1969). O’Toole received seven Academy nominations but never won an Oscar.