Xuan Kong Flying Stars or Xuan Kong Fei Xing is a manifestation of time, space and energy. Using formulas dating back to the Tang Dynasty (618-907AD) these mathematical equations are used to create a “Flying Star chart” for any dwelling or person. The “Flying Star chart” is used to map the Chi (chee) energy.
READ MORE>>

This section covers the outliers, items which haven’t been covered in the main/normal/average section. Outlier items like Trigrams, Luo Shu, He Tu and any other sections which are not covered under the main body of the website.If there is something you feel I haven’t covered, please let me know and i will try include it.
READ MORE>>

This is the A to Z of Feng Shui, Feng Shui is a complex science branching many cultures and traditions – with different terms, phrases, and definitions. This section helps put perspective on it and provides terms and Feng Shui terms. For instance The term Feng Shui literally translates as “wind-water” in English. 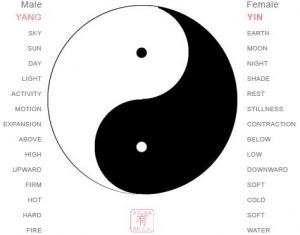 Originating in China, Classical (authentic) Feng Shui is an ancient Chinese metaphysical discipline whose philosophy can be traced back several thousands of years. Classical Feng Shui has been around since the Tang Dynasty (618 – 907). In ancient times, Feng Shui was a heavily guarded secret used by the Chinese emperors to maintain power over their dynasties and to increase their personal wealth. Initially used to identify the best burial sites for imperial grave sites. Later it was used to site palaces, government buildings and other public monuments. Even whole cities were designed and built according to Feng Shui principles.

Classical Feng Shui is a study of location and direction. With Xuan Kong as one of its components, the factor of Time is blended into the equation. The result is a compact, integrated system that fuses the elements of location, direction and time together. And because the study of Xuan Kong itself encompasses such a wide variety of systems, specialisation into the more prominent systems such as Xuan Kong Fei Xing (Flying system) and many others.