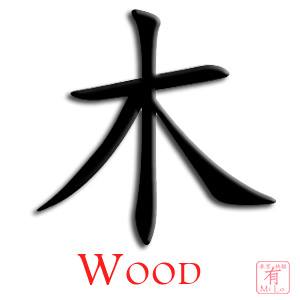 Wood element is associated with new beginnings, wood can help you make smooth progress in the projects you undertake.

Wood is the element of 2 trigrams Xun and Zhen. 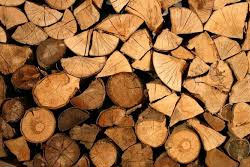 Wood, in the strict sense, is yielded by trees, which increase in diameter by the formation, between the existing wood and the inner bark, of new woody layers which envelop the entire stem, living branches, and roots. This process is known as secondary growth; it is the result of cell division in the vascular cambium, a lateral meristem, and subsequent expansion of the new cells. These cells then go on to form thickened secondary cell walls, composed mainly of cellulose, hemicellulose and lignin.

Where the differences between the four seasons are distinct e.g.New Zealand, growth can occur in a discrete annual or seasonal pattern, leading to growth rings; these can usually be most clearly seen on the end of a log, but are also visible on the other surfaces. If the distinctiveness between seasons is annual (as is the case in equatorial regions e.g.Singapore), these growth rings are referred to as annual rings. Where there is little seasonal difference growth rings are likely to be indistinct or absent. If the bark of the tree has been removed in a particular area, the rings will likely be deformed as the plant overgrows the scar.