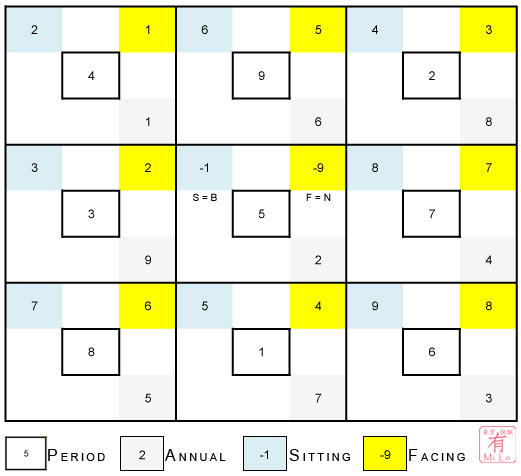 What a Natal/Star Chart is?

A Natal/Star Chart is simply a snapshot of the cosmos at the time your Home/Building was constructed; some call it a Cosmic Map. The Chart is used to create Balance and Harmony in your Home/Office/Building.

No matter which area of Feng Shui you practice, it all comes down to the Natal/Star Chart which is based on the Luo Shu Trail. Creating the “Chart” takes lots of trial and error; if the calculations are incorrect the mapping of the “Chi” flow is wrong. If the Chart is wrong then the Remedies will also be wrong. I would always advise that any person taking Feng Shui seriously needs to learn the “Luo Shu Trail”.

Above image shows a completed Natal/Star chart for sample house X, the details of house X are: House was built in 1961, Facing 358 degrees, Sitting 178 degrees and Annual star 2.
So House X details used in Natal/Star Chart are: 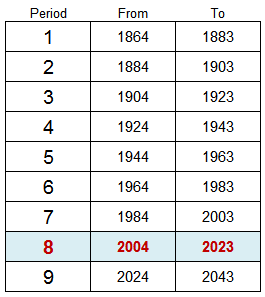 Next we get the Annual number as can be seen from the chart below this is 2. 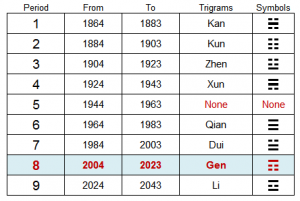 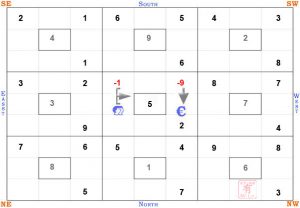 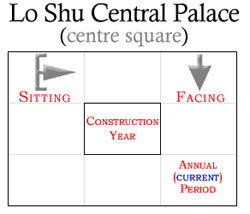 Starting on the top Left is the Sitting Direction

Top Right is the Facing Direction

Middle Centre is the Construction Year

Bottom Right is the Annual

So before we float our numbers in the Natal/Flying Star chart it would look like this.

To highlight how much of an impact Ascending or Descending the numbers have on the final chart, let’s keep the same details for house X and just change the


Use the Luo Shu trail it makes this process a lot easier and it doesn’t matter if positive or negative numbers it’s the sequence, so learn IT!!